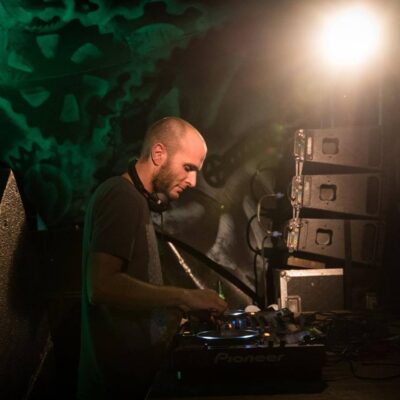 Neuronod is a French Dj and Producer, based in Paris. After 7 years of Djing multiple genres like Drum&Bass, Techno and Dark Prog he fnally started producing in 2013. As a Dj, he’s always been attracted by bassoriented tracks with deep and atmospheric ambiances and a hint of psychedelia.
He tries to put the same energy and all these diferent infuences in his own productions that you could describe as “Dark Prog” or “Psygressive”. He also has a side project with his very good friend Naolabz which is called Neurolabz, focused on twisted dark prog business!